I started writing for children because I had children. It wasn’t a burning aspiration. It wasn’t planned. I had no training in writing fiction, or poetry, only reading it.  But writing to better understand the world unfolding in my loungeroom felt right.

It wasn’t long before concerned family and friends let me know how they felt about this development.

‘Writing for children, it’s a bit of a cop-out’.

‘I think you could do better. Why not write the next great Australian novel instead?’

Complete silence on the matter, followed by a change of subject was also made available.

Disappointment was interspersed with the quiet resignation of those who concluded I probably couldn’t manage to write a real novel anyway. Presumably, the children’s literature genre was the place real writers went to practice, until they had the skills to write for real readers, readers who could discern between decent technique and sentimental simplistic pap.

DBC Pierre observes this ‘telling friends and family’ phenomena in his book Release the Bats: Writing Your Way Out of It.  We tell people about what we are writing in order to lay prickles for ourselves down the track, he says. I get this. The idea that on some level we both, know what we’re doing and know it’s going to end badly, when we share our craft with people in our lives. This we do, intuitively, to improve our writing. To motivate us to keep going, not because of the people in our lives,  rather in spite of them.

Certainly, the commonly held view of children’s literature as an inferior craft has a solid historical foundation. Until relatively recently, it wasn’t considered a genre worth, well.. writing about. But things have changed. We have worked out that kids reading books helps in their development as law abiding, tax paying citizens. Australian education systems are preoccupied with literacy and convinced that reading and writing skills must begin to be developed in early childhood. Before school. Before pre-school. Shortly after birth.

To be literate of course extends beyond reading and writing and includes comprehension of concepts and symbols, which can be delivered and received in a range of mediums outside of text, such as art and music, role play and so on.  But soon enough picture books  and games give way to comprehension cards, handwriting templates, exercise books, and eventually Microsoft Word.

So, when kids do get a chance to steal away from the now heavily regulated National literacy guidelines, for their allocated reading time, what do they read?

More often than not my students pick up the funny stuff. Graphic novels. Andy Griffiths. Jeff Kinney. And I get why. It’s a nice break from the comprehension cards.

And self-deprecating humour is so good. There’s also a strong following in unicorns, foxes and people who look like foxes.  And for the nearly-teens, a shift towards the street-savvy understated protagonist under twelve who somehow manages to infiltrate the seedy underbelly of adult crime worlds and solve adult sized mysteries. Children are maturing much earlier, I get this. But there is something about scanning the words psychopath or serial killer on the back cover of books in the primary school library that I find jarring. The motifs of a triumph of the underdog, caring, ethics and self-belief are all strong.  But I consider all of these genres to be fantasy, of a kind.

Mention the word ‘history’ to young folk then, and they don’t tend to register it as entertaining. I wonder about the capacity of junior fiction novels to still offer instructional guidance and a bit of mental strain. In the busy lives of children, can useful adult world messages be delivered through literature at a level which is capable of building the critical analysis skills required to be adult in a unicorn-less modern world? A world whose changing climate is threatening most of the species who currently live here, and making unicorns of us all.

Literary theory written on the children’s literature genre charts the trajectory of authors across Australia’s brief post-colonial literary history, and it becomes clear this is a genre that has long concerned itself with issues of national identity, ethical decision making, and the natural environment.

From the first Australian children’s books written in the late 1800’s, right through the 20thcentury, up until the digital age at least, cultural identity and the natural environment have been a primary focus.

Most readers over 35 will have been raised on these stories. Or at least remember them. The Magic Pudding.  Storm Boy. Picnic at Hanging Rock. Quirky 70’s picture books such as The Bunyip of Berkley’s Creek. Lengthy bedtimes tales like The Rainbow Serpent. Patricia Wrightson’s detailed mythological experiment, The Nargun and the Stars.

It is unlikely that these texts could compete for reading-corner attention with the physical and mental ease of a  21stCentury graphic novel, and perhaps the experience of giggling in a bean bag in the corner of the library is just as valid as anything. But what does it say about where we are? 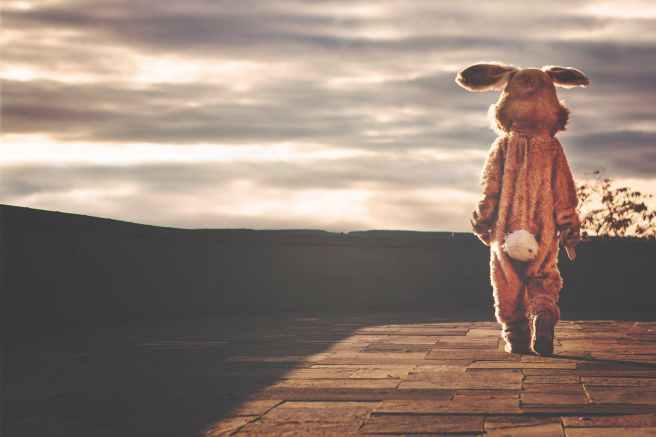 Children’s literature has been called a barometer to its age. For all its literary and cultural quality and diversity, it also reflects the changes and preoccupations of the time.

When I revisit Australian books from my childhood I am struck by their seriousness. These were books that made my mind work at least moderately hard, and in truth, were at times mildly depressing, leading to spontaneous moments of ten-year-old existential angst. Entertaining in ways I suppose, but not exactly laden with irreverent, witty pop-culture references that made one feel like they were part of a fun, ‘grown up’ mindscape.

Even May Gibbs’ worlds seemed laboured to me. Roald Dahl’s worlds of the ‘mother country’, were by far an easier place. The giggling and the irreverence. His satirical worlds were still children’s worlds. The absurdity of the Twits, the heroism of Matilda, the cabbage soup days and nights of Charlie Bucket. I remained in a child’s world when I read these.

Classical mythology in contemporary settings still works well. Fortifying. Mind stretching. There is much of this written these days that is wonderful, offering guidance befitting a changing world. Australian writers seem to have permission to access ancient mythological tropes as global citizens in a way that seems acceptable and comfortably non-didactic.

‘Can’t a writer just write about a boy’s love of sailing. Why does it have to be issues-based?’

Historical fiction has long been unpopular with kids. I recall reading an abridged version of For the Term of His Natural Life at a young age, and it was pretty gory in parts. The flogging and so on. And yet the weightiness of historical content was such that I didn’t come away feeling like the adult world I was moving into was going to be an easy or glamorous place in which I  would possess magic powers sufficient to bust a drug ring. I felt the seriousness of my cultural inheritance before I really understood what this meant.

No matter which way you turn it, Australian history is not an easy setting for staging entertaining children’s fiction. For all our attempts to be the sporty, laid-back, logo-wearing, compliant, good-humoured Nation, our past is bleeding and messy. Australian issues are heavy issues.

And like obsolete rituals at a dysfunctional family gathering, our cultural productions frequently collude in their attempts to cheerily disappear our past, ( and thus our future). For all the cynical dismissal of the paltry nature of literature for children, we are a society that relies on cultural productions for this age group. Having our children engaged, or at least entertained, is a primary focus for those caring for children in this day and age.

This, in my view, renders the creation of meaningful entertainment a serious business.